This is my honest unpaid review of Mediavine as a blogger who has chosen year after year to work with them.

If you are reading this you are probably a blogger and probably already know what an ad network is, but just in case…

An ad network is the intermediary between bloggers and advertisers and how you make money by having ads on your site.

As a new blogger picking an ad network was one of the most frustrating decisions I had to make.

On one hand, my dream was to become a professional blogger, and I wanted to make money as soon as possible, so I felt I making something for my efforts.

On the other hand, ads slow down your site and inspire unpleasant comments from unsuccessful bloggers who are frustrated.

(Pro Tip: non-blogger readers and professional bloggers don’t notice that you have ads or how many ads you have. Unhappy frustrated bloggers do. Just click delete and move on.)

Not knowing what to do, I turned to a Facebook group on blogging. I read all kinds of recommendations for ad networks but none were glowing aside from the ones that suggested Mediavine.

After joining, I couldn’t agree more.

This is because Mediavine was created by bloggers to solve their own problem with ads and then they began helping friends which led them to falling into becoming an ad network.

I think this is what makes them an exceptional company.

Rather than being a company that is just focused on lining their pockets, they see bloggers as a part of their community and are always trying to make the community better.

Mediavine as an Ad Netowrk

From an ad perspective, Mediavine is incredible.

The longer you are with them and the more you grow in traffic, the less of a percentage they take.

They also have an incredible customer service team that is nice, helpful, and even go in and help you set things up if you need it.

I actually did take a lot of advantage of this because shortly after I got accepted I was in Upstate New York with cruddy internet service and only my phone to connect to.

When they told me how to start setting things up when the acceptance process was finally over, I frustratedly told them I couldn’t.

I was expecting them to tell me though luck and do it when I can, however long that would take, but instead they were incredibly nice and asked if I’d like them to do it for me.

This is when I knew they were different than the ad networks I dealt with before and I’ve loved them ever since.

Since then, I’ve only come to love them more because when something goes wrong with the ads, they eat the cost and don’t take it out of my pocket.

More than just an ad network

Aside from being an ad network, Mediavine also creates free and reasonably priced blogging products, and puts out a lot of content to educate bloggers.

They have an incredibly helpful YouTube channel and very valuable blog posts which have helped me become the blogger I am today.

I love and use all their amazing blogging products like Create (free) and their WordPress framework/theme Trellis (very affordable) – both of which have made me so much money.

I am also a huge fan of Grow.me which I use as well.

If you want social buttons I recommend Grow Social. I have the pro version because it comes as a free gift for Agathon users but I think the free version is good enough.

They also have a Facebook group for Mediavine members where bloggers ask questions and can search the post history to find all kinds of helpful information.

This is how I found Lyrical Host before I upgraded to Agathon and MailerLite.

When Should I Join an Ad Network?

My personal opinion is that you should join an ad network when you can join Mediavine.

This is because ads slow down your site so you really want to make sure it is worth it before you add them.

Before joining Mediavine I was with another ad network that not only did I earn peanuts, but when I switched after a few months and didn’t make the minimum payout of $100 they refused to pay me.

Not waiting to put on ads until I was accepted to Mediavine is one of my biggest regrets as a blogger.

My recommendation to you is as soon as things are up and running with Mediavine, switch to Agathon for hosting and switch your theme to Trellis.

Both Agathon’s Next Gen Hosting and Trellis’s framework and themes are built for speed and increased my earnings overnight. 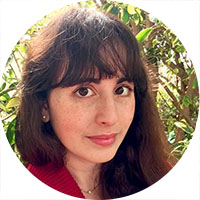